Dana facilitated a productive, lively discussion between the youth and our larger community regarding the difficult issues that emerge around the topic of violence in the Northeast Kingdom of Vermont. She fully engaged the group by encouraging participants to express themselves with both words and physical motion and created a comfortable environment that allowed everyone, including many individuals who had never before shared their thoughts or feelings in a group setting, to contribute to a very challenging public dialogue.”

3 Counter-Movements to Violence is a choreographic public dialogue on violence created in collaboration with a group of thirty students from three high schools in the Northeast Kingdom of Vermont. Over the course of several months, we developed a series of questions about violence as well methods of physical response. One primary question that the youth proposed was:

“Is there a difference between the physical punishment of children and violence?” 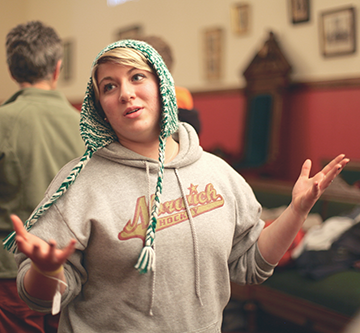 To address the questions about violence we used practices from the fields of choreography and conflict resolution, generating a platform where participants could engage with and without words–moving through the room in a path choreographed by their own ideas and beliefs. The group created an event where each participant, regardless of their movement agility, acts as an integral part of the exchange.

During the final event, sixty community members engaged in the public dialogue developed and led by the young people. Participants of all ages reported that the experience changed the way they think about violence. It offered them an opportunity and method to engage comfortably in conversations on difficult topics. Participants spoke of experiencing an unexpected sense of hope and connection. 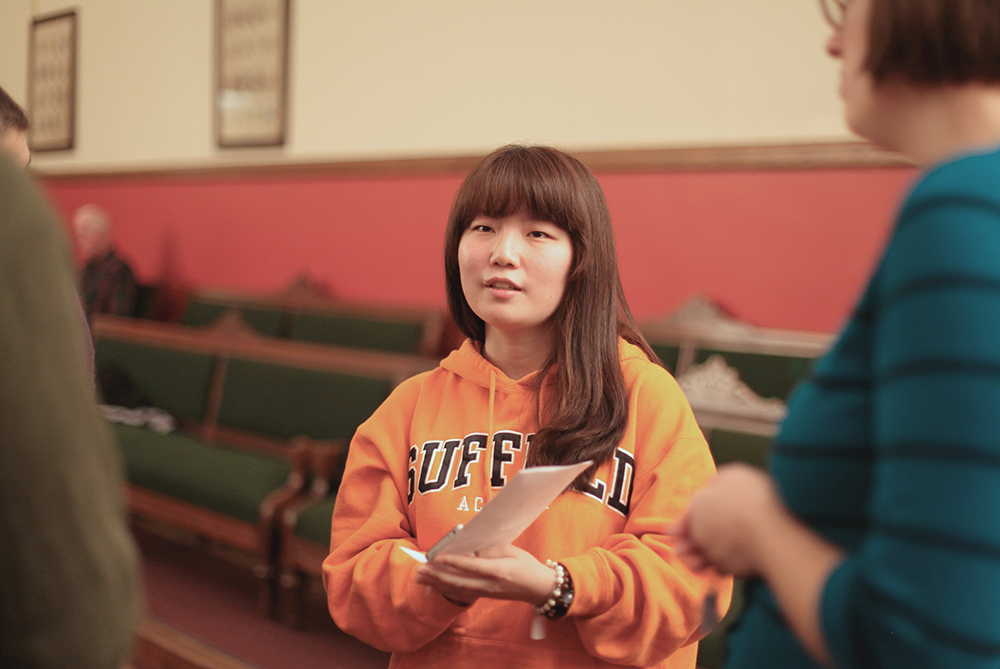 If you are interested in bringing 3 Counter-Movements to Violence to your community, please be in touch.

Three Counter-Movements to Violence was initiated and directed by Dana Caspersen and created in collaboration with students from the Lyndon Educational Alternative Resources Network (LEARN), the East Burke School and the Saint Johnsbury Academy in Vermont, with the help of Karen Holmes, Ingrid Mahler and Colleen Twomey.